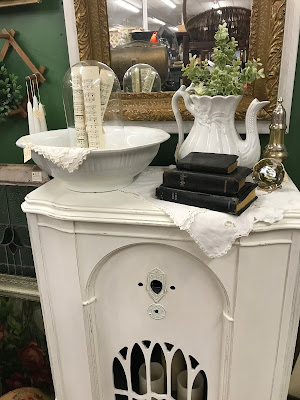 Shortly before our recent vacation I was scrolling through Instagram and came across a new to me account called simplycountryhome.  I enjoyed looking through the little vignettes she featured.  When she mentioned visiting her booth in an antique mall, I checked to see where this mall was located.
Wytheville, Virginia
I called out to ask Brett if we would be anywhere near there on our trip to Michigan.  We'll be going right through it was his reply.
Hmmm... 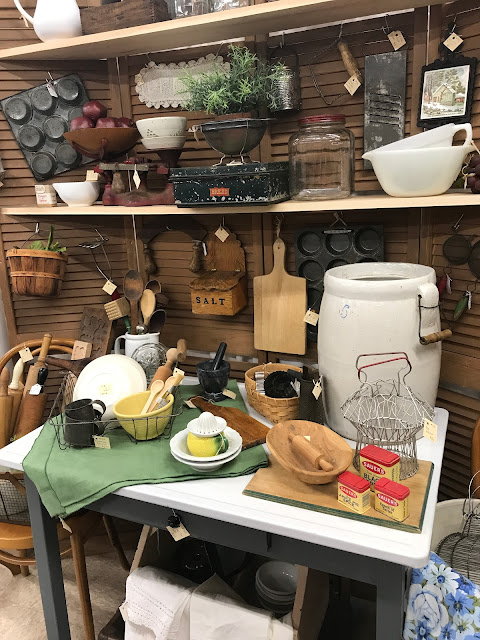 JoJo's Attic in Wytheville, Va became a place to stop along the way.
Brett was content to read in the car while I went in search of booth 102.
Before I saw the booth number I knew I was in the right place just by seeing her cute displays. 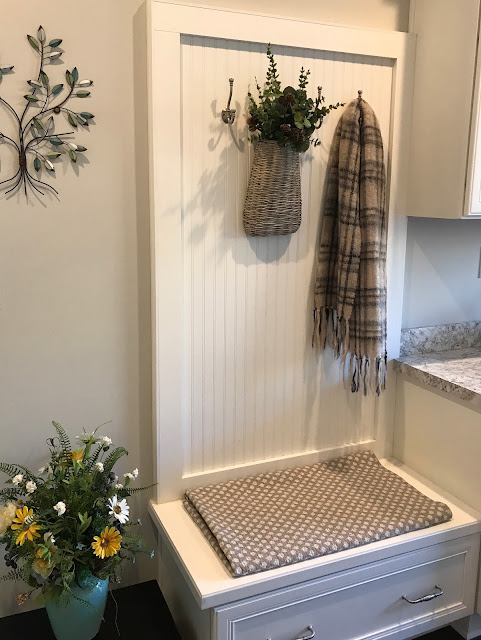 After enjoying her booth, I selected one thing to bring home with me.
The basket hanging above.  It was just what I had been looking for to hang on the hooks.  She had it filled with greens and petite pine cones.  I can picture changing what's in it to suit the seasons.
While paying for my purchase I decided to share with the lady who was bagging it up how I happened to find them.  Turns out it was her booth so I was glad I told her about this happy coincidence. 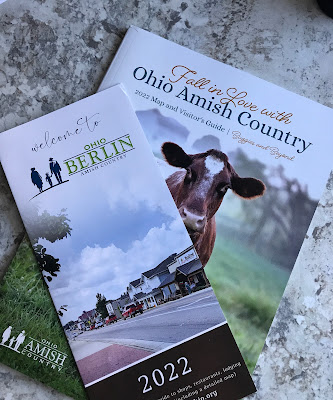 Further along on the trip, we had decided to venture off the interstate and travel through Ohio's Amish Country.  We had been through here many years ago (long before IG and YouTube) and decided it might be fun to re-visit the area.
I spent way too much time in one of the gift shops and then we had lunch here: 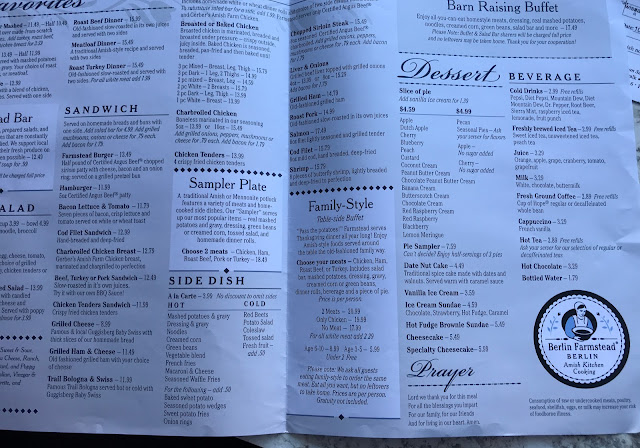 After lunch as we were driving around trying to decide if we had seen everything, I had a lightbulb moment.
I remembered a YouTuber that I have enjoyed watching who lives in the Amish area of Ohio.  I jumped on my phone and pulled up this video:
https://www.youtube.com/watch?v=jMonKFlTp48&t=878s
After watching it quickly, I consulted my tourist guidebook and set off to find: 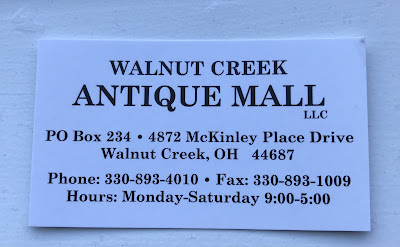 If you watch Mary at White Cottage Company on YouTube, this may look familiar to you too. 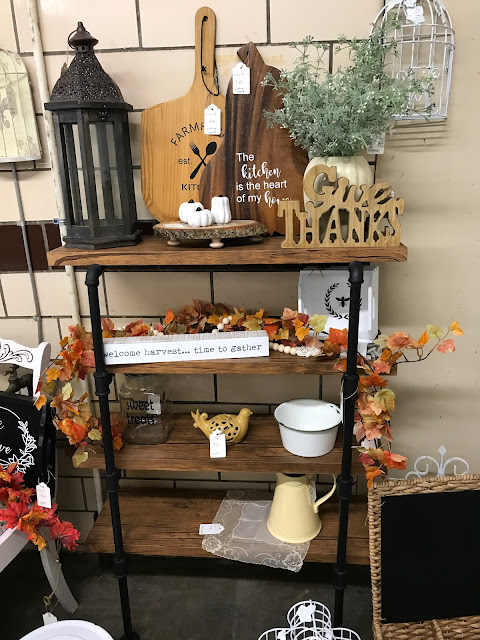 At the antique mall I didn't see any names on the booths.
As I walked through this one, I suspected I had found the one I was looking for. 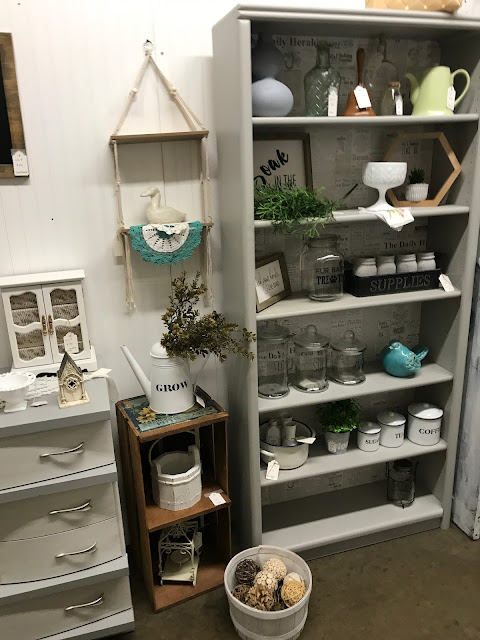 It was so fun to see Mary's creativity and talents in person. 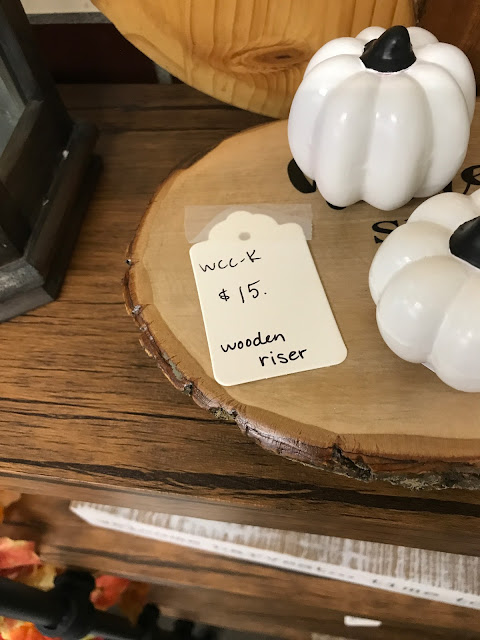 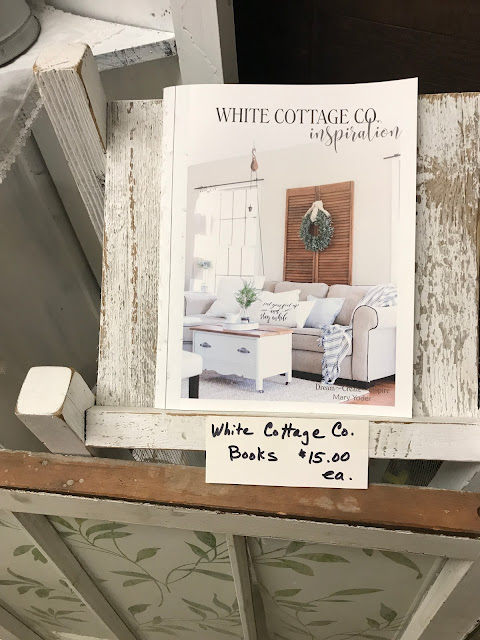 As I was leaving her booth I saw this and knew, without a doubt, that I was in the right place.  As much as I would have liked to purchase something from her, I just couldn't find the right thing. 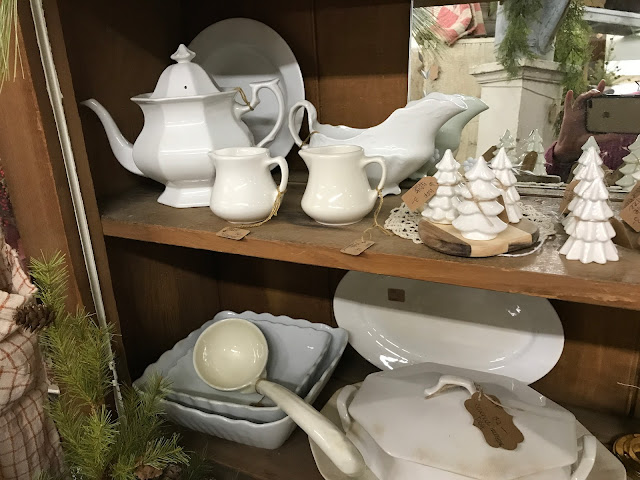 In the aforementioned video, Mary talks about one of her favorite booths (Tammy's).  It was probably the largest booth and very nicely done.  I did purchase a trio of those little white Christmas trees above.  While in that booth I overheard a few women oohing and aahing and then they mentioned Mary's booth.  I think they were fellow YouTube fans. Another glimpse of Tammy's booth. 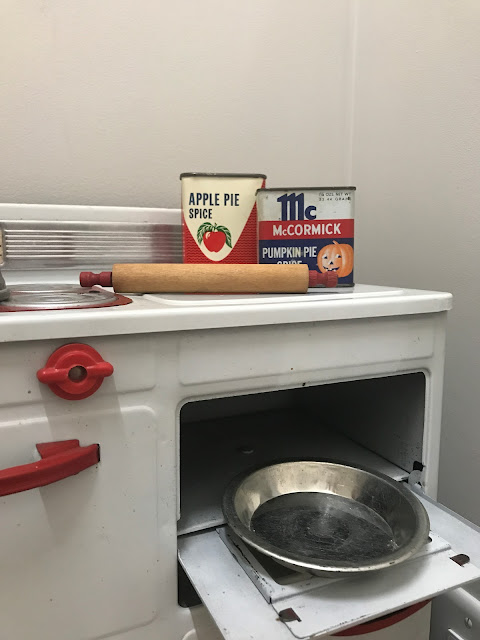 The only other thing that called my name was this Apple Pie Spice tin.  I thought it needed to join the Pumpkin Pie Spice as it will soon be time for baking the Thanksgiving pies.  Interestingly enough it is still filled with it's original spice and 39 cent price tag.  I don't think I'll be adding it to my real pie, but it fits right in with the old toy stove display.

Your comments are welcome and appreciated.
I will do my best to answer any questions here in the comments section. 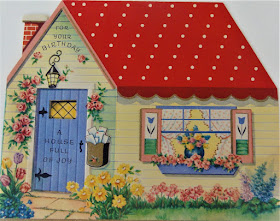 Happy@Home
United States
Welcome! Now in my fourteenth year of blogging it would seem like it's all been said, Yet, I guess as long as we are participating in life, there are things to ponder and discuss. I was originally drawn to blogging by the simple, everyday moments in life. The bouquet of wildflowers on the dinner table, fresh bread baking in the oven, the books being read, movies being watched and families being loved. Sharing these things and many others through the written word and beautiful photographs shared here in blogland reminds me that we are all in this together. We really don't have to have the most toys or achieve great things to make the world a better place. 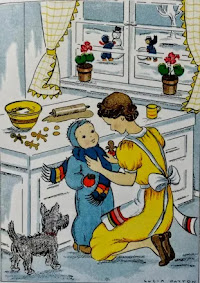 Please do not copy photos, images or text without written permission. I appreciate your consideration. 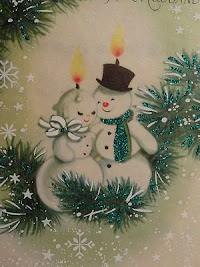